Article via the Trib

Mary Wilmes can look out the window of Penelope’s, her gift shop in downtown Greensburg, and see a construction crew hard at work across the street. Another is working a few doors down, and two more projects are happening about a block away.

“It hasn’t been this interesting in town in maybe the last 30 years,” she said.

Within the past two months, numerous developers have announced plans for renovations and new businesses on South Pennsylvania Avenue, which serves as the heart of the center city business community.

“I don’t know what it is about that street, but walking on it just excited me,” said Suzanne Ward, co-owner of City Cribs, which she and husband Mike Ward own with partners Jeff Begonia and Tim Zontek.

The company bought 136 S. Pennsylvania Ave., which has been vacant for more than a decade.

“It has a lot of potential, a lot of bones, that we wanted to bring back to life,” Ward said.

City Cribs plans to convert the upper floors of the building into 10 apartments. The first floor will house Wight Elephant Boutique, the second location for the women’s clothing and accessories business that opened in Irwin last year.

Christine and Jeff Piekut, who own Wight Elephant, have sold products online since 2016. After opening the small Irwin shop, they quickly ran out of room. The new location will give them plenty of space and is convenient for their current clientele, many of whom are from Greensburg, the Piekuts said.

Michael Villi, owner of Realty Aspects Group, bought 111 S. Pennsylvania Ave. It has been vacant since the abrupt closure of One Eleven Restaurant in 2017. He plans to transform the three-story building to include a cocktail bar on the first floor, fine dining on the second and a banquet hall on the third.

“We’re going to put fine dining back in there,” he said. “I’m here to bring something to the town that’s missing. Somebody’s got to fill that hole.”

He plans to open in September.

It is a good time to open a store in Greensburg, Christine Piekut said. The city “has hit rock bottom” but is turning around, she said.

Business owners have long watched as neighboring businesses closed and buildings sat vacant for decades, many falling into disrepair. Over the years, shoppers fled for the malls and suburbs.

When Mancuso’s Shoe Repair opened on South Pennsylvania Avenue in 1976, there wasn’t another open storefront to be had in Greensburg, Ron Mancuso said. He once competed with four other shoe repair businesses. Now, he’s the only one left.

He also thinks things are starting to turn around in the city’s business district.

He shares the building at the corner of South Pennsylvania and West Pittsburgh Street with four other stores. The property, which is owned by Moore Becker Real Estate Partnership, is getting a new facade — its first major renovation since being built in the early 1960s.

Business owners say there are several reasons for the recent development boom along South Pennsylvania Avenue. For one thing, it’s affordable to get a foot in the door, said Jessica Hickey, founder of the Downtown Greensburg Project, an organization that promotes business in the city.

“The buildings are relatively cheap, although it does cost a lot of money to redevelop them,” she said.

Villi bought the three-story building that housed One Eleven restaurant for $40,000.

“I couldn’t believe the price on it, so I had to buy it right away,” he said.

Suzanne Ward said city leaders recently have been more encouraging of development, taking a more proactive role to help get developers the permits and resources they need.

“I think a lot of the obstacles that have been there in the past, I think we’re moving past that,” she said.

“This entire city council has been open to working with different groups, and holding listening sessions about what obstacles they face and helping them overcome any barriers and any difficulties they have,” he said.

Councilman Donnie Zappone Jr. said he hopes the resurgence on South Pennsylvania continues in other parts of the city, including blighted buildings on Main Street.

“I hope that it spreads, and that’s what we’re trying to do and would like to see happen,” he said.

Mancuso believes as malls and big box stores founder because of online shopping, they leave an empty space that small shops can fill.

“You can come down here and rent a building for a third of what it costs to go in the mall,” he said. “The downtowns are coming back.”

Cities and towns all over are seeing a downtown renaissance, largely driven by young entrepreneurs, said Patrice Frey, president of the National Main Street Center.

“This tracks with the resurgence in interest in downtown that we’re really seeing across the country,” she said.

Organizations such as the Downtown Greensburg Project and the Greensburg Business and Professional Association have brought together business owners to host downtown events such as wine soirees, ladies’ nights and outdoor yoga — all with the intention of bringing more people into the city.

Programs like this are vital for driving interest, Frey said.

Tony Bucciero, president of Guardian Construction and owner of the vacant building at 225 S. Pennsylvania Ave., remembers meeting at a bar with other Greensburg entrepreneurs several months ago.

The group came up with an unofficial slogan: “Make Greensburg cool again.”

“Thank God it’s happening, because those two streets were having more and more vacated business,” he said.

Bucciero and city officials hope a new developer will turn his building into a downtown hotel.

The Greensburg Community Development Corporation issued a request for proposals this year. None were received.

However, Bucciero said he’s still in talks with a couple of interested developers and expects to reach a deal before summer.

Development begets development, Hickey said. The more people who want to invest in downtown Greensburg, the more appealing it looks for future investors.

“Now, it’s just come to the point where everybody wants to do it,” she said.

Villi sees plenty of opportunity, and he thinks others see it, too.

“It’s the progressive people who can recognize opportunity when it slaps them in the face,” he said.

“I think, even just a year from now, it’s going to look completely different than it did two months ago,” she said.

We're not around right now. But you can send us an email and we'll get back to you, asap. 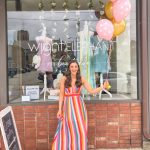 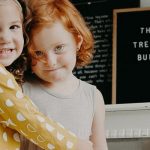